What is 6G? How is it different from 5G? 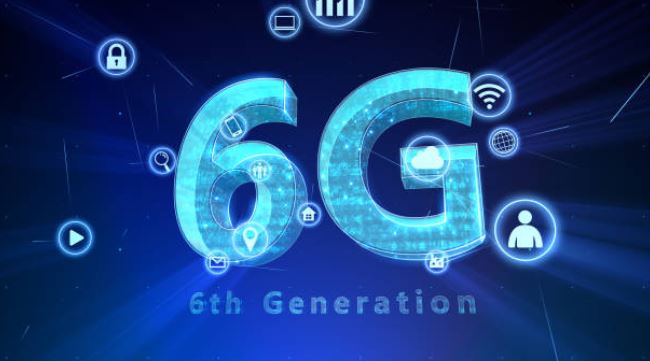 5G – the fifth-generation network is barely commercialised with only few places enjoying its unparalleled benefits and researchers have taken a step forward to research on the upcoming wireless technology. Still in the research phase, it is being addressed as 6G following the tradition from previous networks and keep it as simple for now. According to Mahyar Shirvanimoghaddam, a wireless communications expert at the University of Sydney, 6G network is capable of delivering speed of 1 terabyte/second or 8,000 gigabits/second.

Putting it in this way, streaming Netflix requires 56 gigabits of data per hour to view best quality video and using 6G mobile network, you can download 142 hours of Netflix’s top-notch quality video every second. This high-level data processing capacity has the potential to give new dimensions in the technology era with new applications and services that would completely change the lives and work process of consumers and enterprises deploying it to get the most benefits from latest technologies of 21st century.

Differences between 5G and 6G network

5G and 6G use wireless spectrum of higher range for data transmission faster than 4G, 3G, and 2G networks. However, when comparing 5G vs 6G, the former one is allocated for low band and high band frequencies – sub-6 GHz (Gigahertz) and above 24.25 GHz respectively. The latter one will be operative at the frequency range 95 GHz to 3 THz (Terahertz). Since, different spectrum is used, 5G vs 6G technology can have multiple use cases for a variety of industrial sectors to enhance their efficiency.

Taking into the performance factor, 6G will contribute to higher performance which is far better than newly deployed 5G wireless networks. Operating at terahertz frequency bands, 6G will deliver a peak data rate of 1,000 gigabits/s having air latency less than 100 microseconds. When we talk about 5G vs 6G network speed, 6G speed is expected to be 100 times faster than 5G with enhanced reliability and wider network coverage.

Internet of Things (IoT) is becoming a reality today with the implementation of 5G based solutions following extensive 5G network testing which was not possible with previous networks like 4G LTE due to poor planning of frequencies applied. Frequencies used were too narrow and crowded for transmitting data required by smart devices to give desired results. This is where 5G filled in the gap and moving ahead with 6G we expect to connect ten times more devices per square kilometer with increase in number of connected devices in the upcoming years.

The time taken by a packet of information transmitted over a frequency is known as latency. 4G networks had a latency of about 50 milliseconds (ms) whereas 5G networks had ten times lower latency than 4G i.e., 5ms. With 6G internet, latency will slip down to range 1millisecond to 1microsecond, lowering latency to five times than that of fifth-generation network making massive data transmissions possible in less than a second.

It is no doubt we may witness ultra-high speed and power that would entice customers for 6G services, but what would be the 6G architecture and components that will pave the way on creating robust and resilient 6G network. Connectivity and automation with advanced versions can assist in development of such networks predicted in previous discussions. It is also suggested to overcome shortcomings of current networks, improve network design and optimise network. Advanced AI systems and powerful edge computing will leverage 6G’s faster lightning-speed to coordinate with complex systems and develop seamless Internet connectivity.

Who are working on 6G?

Many organisations and universities are showing interest and involving themselves in researching the new technology as given below:

Though 6G network is still non-existent and is just in a research phase, enterprises have started envisioning state-of-the-art wireless use cases with 6G technology after successful comparison of 5G vs 6G network. The main aim is to transition in to the new era of wireless technology and bring on new innovations to transform the world in the upcoming years. Highly exciting possibilities with respect to speed and reliability are anticipated to become a reality soon once the new generation of wireless network i.e., when 6G mobile network hits the telecom space on a wider zone. This new-age technology is certainly going to give new dimensions to the way we are living or doing our business virtually today and in the post-covid era, making it as a hyper-connected world.