Do autonomous vehicles need 5G connection, here is our analysis? 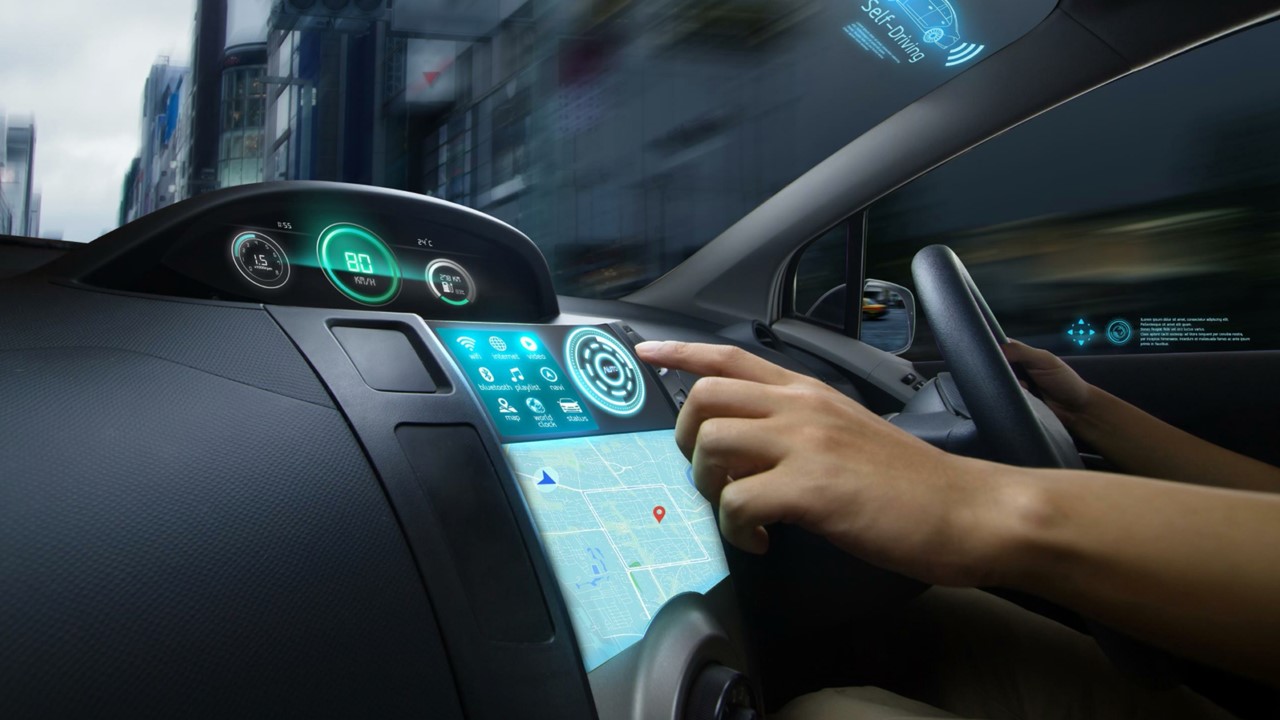 Autonomous Vehicles (AVs) have their own smart onboard sensors. Cameras, radars and lidars for navigating on roads, with technological advancements and some trials it appears with their onboard technology it should be enough for AVs to drive from point A to point B safely. But why do they necessarily need 5G data connectivity?

Following are the reasons why we think that 5G low latency data connections are critical for AVs? 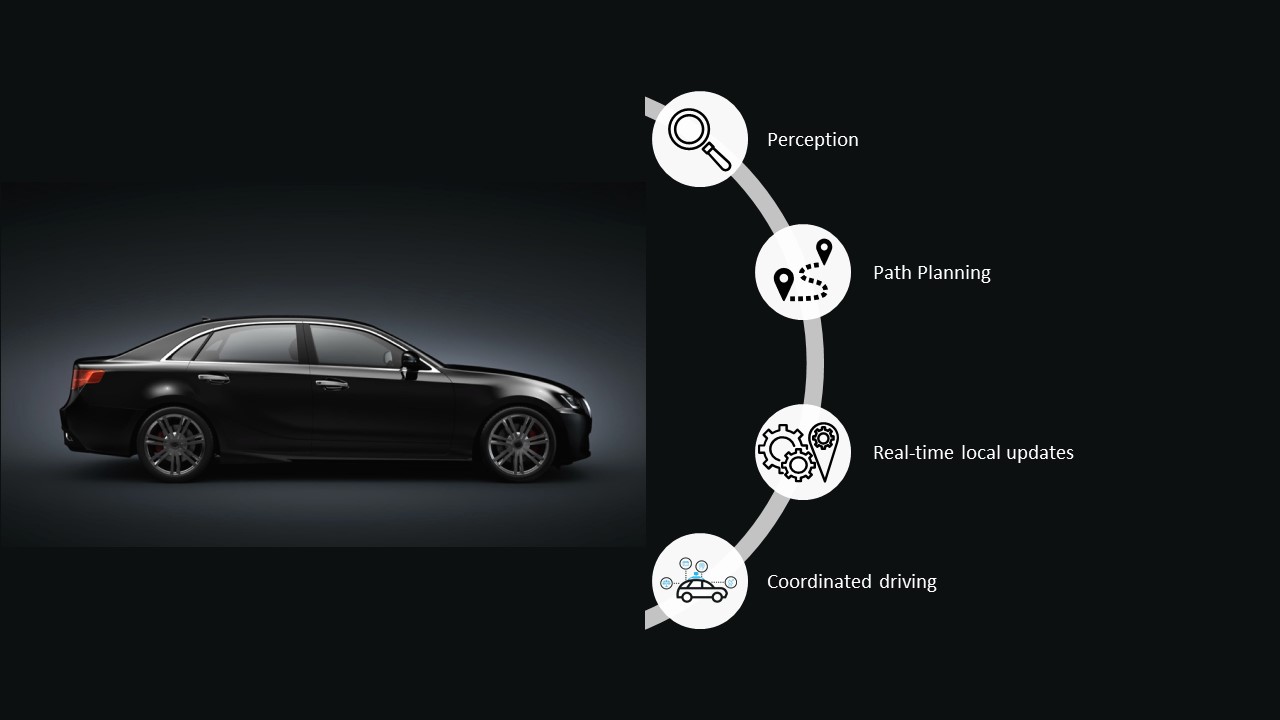 V2X, Telematics, and 4G/5G connections make it possible for the autonomous cars to see obstacles around corners and beyond

Connectivity between cars and the traffic infrastructure enables cars to be one step ahead by building awareness like there is a slow-moving traffic and will slow down its speed automatically with information processed through inbuilt Advanced Driver Assistance Systems (ADAS). By the time it reaches the traffic signal, the signal would have turn to green from red signal thus reducing its waiting time on the signal. ‘Traffic Light Information’ is a novel Vehicle-to-Infrastructure (V2I) service initiated by Audi in Europe. Here cars are more likely to chase the ‘green-wave' in the city. With this, they are able to see few metres ahead of what speed is required to reach the next green light making the driving more efficient. This all depends on connectivity. Having good connectivity at the speed of light provided by 5G network enables quick data processing and decision-making ahead of the time.

Paving the vehicle communication with uRLLC

Ultra-Reliable Low Latency Communication (uRLLC) is key to provide communication between autonomous vehicles and 5G cellular networks. 5G autonomous vehicles are one of the widely adopted use cases of uRLLC. Since real-time autonomous decisions need to be taken within a fraction of seconds, low latency feature of 5G enables cars to receive information at turbo speed and take prompt actions that can avoid them from hitting obstacles on the way.

Fast processing of data is crucial for 5G network self-driving cars to perform. Edge computing framework will assist in prioritizing data that needs to be present at the edge to be processed by the onboard computing power of the vehicle and the data that needs to be sent to data centers for further analysis. Deploying edge computing can manage car infrastructure with large amount of data processing from the edges at a minimal response time due to 5G’s lower latency and capability to handle computing activities, creating awareness of the location and reducing risks of accidents on roads. An example here is sending of important safety messages like hazard alerts using low-latency transmission with direct communication. 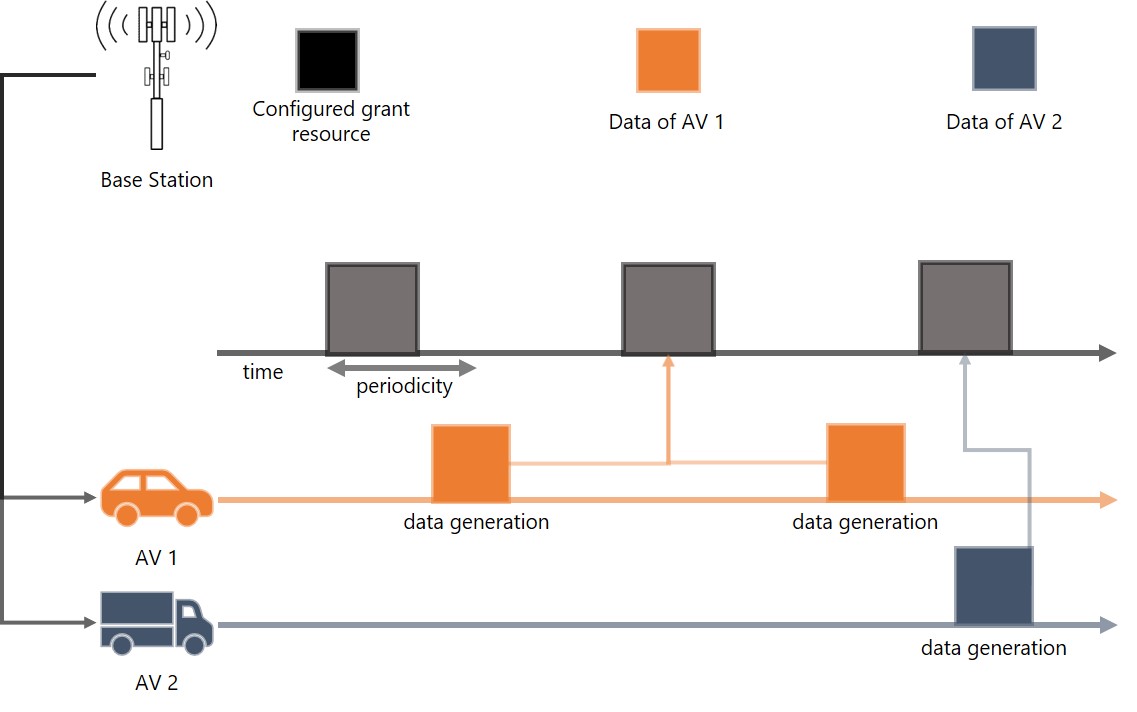 To reach full potential of 5G autonomous vehicles, connectivity plays a great role in providing valuable information so that 5G network self-driving cars make strategically effective decisions in real-time road conditions. However, evaluation of areas with excellent and poor connectivity is not so simple and is hard to show where the connectivity is poor so that autonomous vehicles can be redirected to route with full network coverage. Many cities are stepping up and making huge investments to develop IoT-based smart cities and prepare for the future of self-driving vehicles. Here comes the role of telecom operators where they assist automobile manufacturers perform speed test, ping test (for latency), download and upload test, call test to cover high-bandwidth areas that have high data connectivity.

Providing connectivity services for both vehicle to infrastructure (V2I) and vehicle to vehicle, or V2V communications 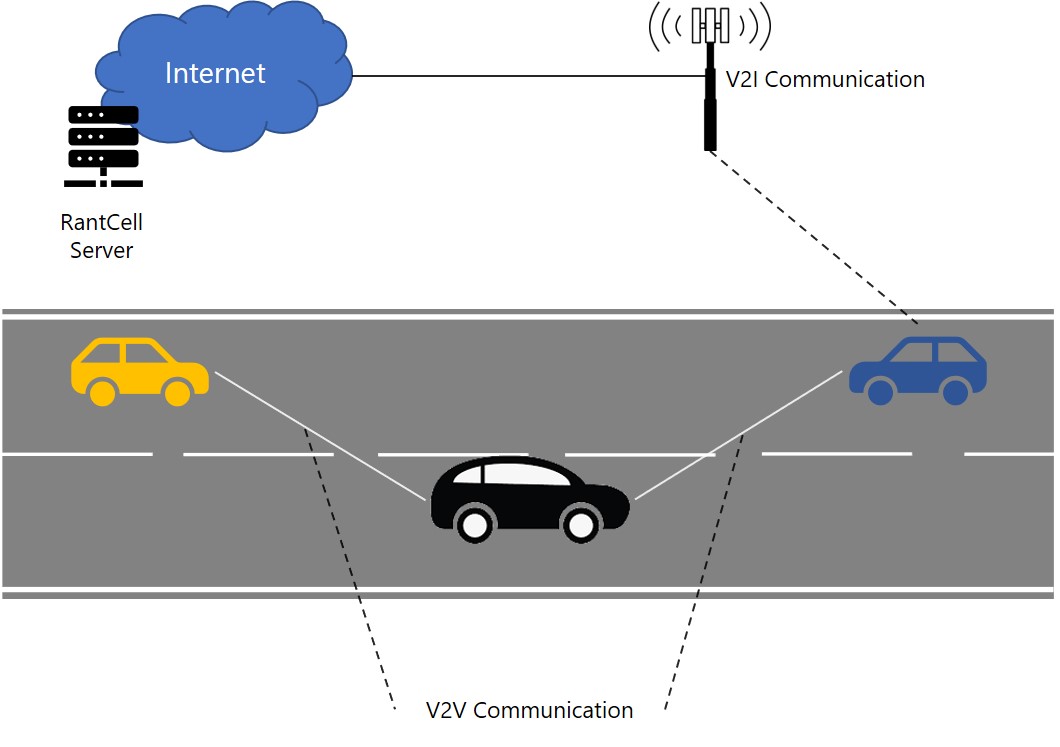 Cellular V2X technology provides connectivity for 5G autonomous vehicles with large available bandwidth at 5G spectrum bands. This calls for an urgent requirement of 5G network testing for the operators to measure network connectivity along driving routes and identify best route with data connectivity coverage up to 1000metres. Autonomous vehicles (AVs) can broadcast critical data like weather updates and road conditions, allowing other plying vehicles on road to be aware of potential hazards like debris, floods, accidents and make adjustments accordingly. Sensors attached in vehicles provides information to communicate with each other without assistance of cloud servers at a distant location. In the U.S., the Colorado Department of Transportation is performing testing on C-V2X on a 90 mile stretch of the mountain highway having steep gradients, tunnels and sharp bends under extreme winter weather environment conditions. In Europe, Vodafone Germany, Huawei and Bosch have already executed C-V2X testing on the A9 freeway in Bavaria, Germany. On the other hand, Deutsche Telekom joined hands with Skoda Auto to run C-V2X tests together as a part of the European C-Roads project in the Czech Republic.

Set to rule the roads with 5G autonomous vehicles

Autonomous vehicles also known as self-driving cars / driverless cars are more than cars, not only aware of activities within their system but also having ability to sense obstacles in their surroundings and beyond, to take actions accordingly. Study predicts the market size for 5G network self-driving cars to be 560 billion USD by 2035. These self-driving vehicles heavily rely on V2X (Vehicle-to-Everything) technology based on 3GPP standards requiring higher data transmission rates, reliability, low latency less than ~5ms with faster response time to communicate with self and adjacent road infrastructure. Telcos and automobile car manufacturers are looking into these critical technical aspects to build such new generation of 5G autonomous vehicles integrated with technologies bringing innovation in the entire ecosystem.

Recently, 5G Automotive Association (5GAA), a global cross-industry collaboration of enterprises from technology, automotive, and telecommunications industries released its new roadmap to advance driving use cases, connectivity technologies and needs for radio spectrums for the mass deployment of automotive Cellular Vehicle-To-Everything (C-V2X) technology. It is to be noted that C-V2X was chosen as the Innovation Award Honouree in the “Vehicle Intelligence and Self-Driving Technology” category at the CES 2019. During the event, Ericsson stepped forward to showcase how 5G networks are integrated with C-V2X technology to enable safety for self-driving and connected vehicles.

Inclusion of regulations is an inevitability for situations involved with Artificial Intelligence (AI) embedded in 5G autonomous vehicles. Further, regulatory approaches and tools like License Shared Access (LSA) and Spectrum Access System (SAS) are anticipated to be a part of the regime for existing dedicated and licensed 5G spectrum access as these will continue to be preferred while implementing various use cases of 5G especially where QoS and Coverage needs to be assured to users. Licensed spectrum remains as the primary asset for 5G deployments in which 5.9GHz is the most preferred spectrum band for V2X communications globally except Japan where national regulator has assigned a single 9MHz channel within the frequency range 755.5-764.5MHz considering safety for V2V and V2I communications. Though spectrum terms vary from country-to-country, mobile operators are investing huge amounts as to purchase licenses in spectrum auctions.

It will be required to direct AVs to best connected route i.e. navigation algorithms should not only compute route and avoid traffic, but will also have to take into consideration network connectivity along the planned route. 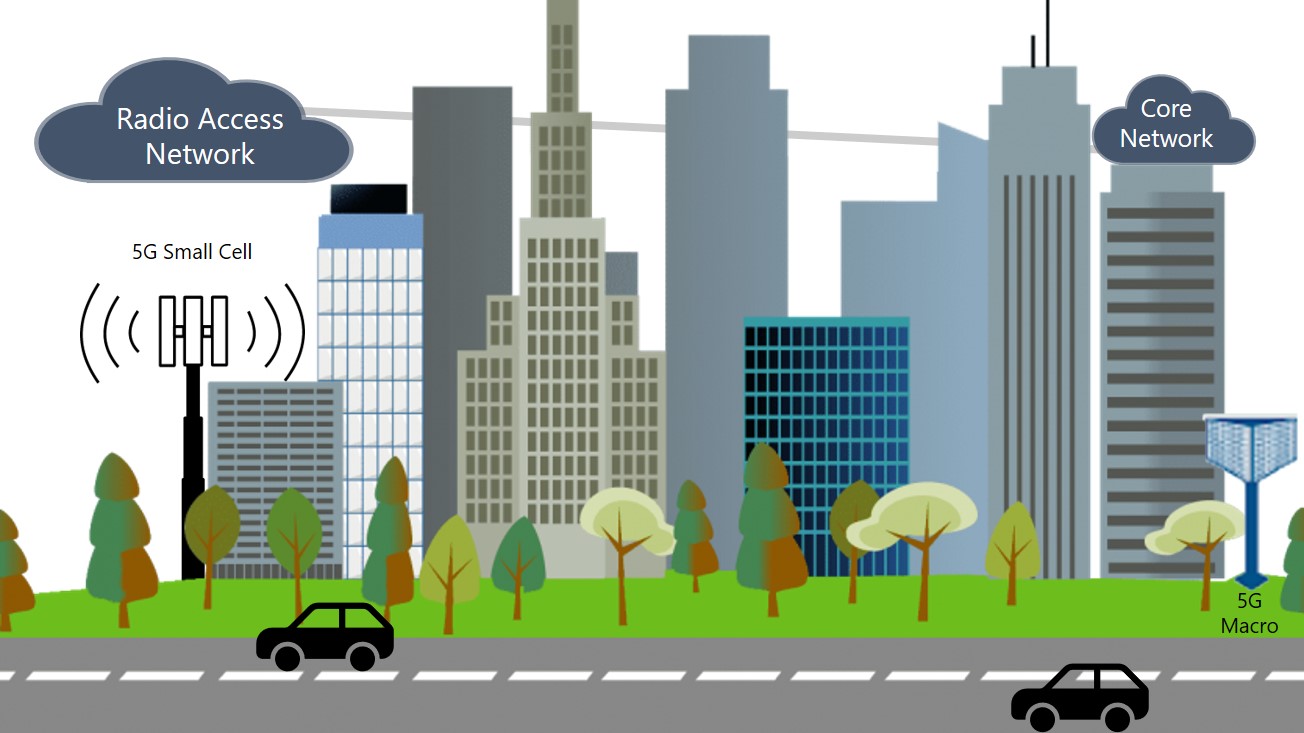 The adventurous ride with 5G has already begun and the association between telecommunication companies and automobile car manufacturers is crucial to enable these new 5G-led innovative vehicle experiences.

Here are some of the companies that are embracing 5G technology to build connected cars, clearly showing data connectivity is key for autonomous cars to act without the assistance of humans.

As 5G network is becoming the prime technology to build driverless cars, automobile sector would be one of the most exciting spaces to watch out for in near future. 5G autonomous vehicles have been the top priority for the car manufacturers and are partnering with telecom operators to deploy significant technologies to give the best experience to users. With the development of new generation of wireless communication network for vehicles i.e. 5G-V2X, 5G will be a critical feature for the new-age self-driving cars driving the growth of AVs and changing the way we see vehicles and its mobility. Telcos will have to perform rigorous 5G network testing for different spectrum bands involved in V2X communication in cars expediting wide-scale deployment of intelligent vehicles across the globe.